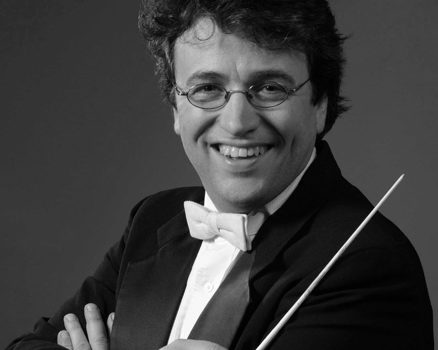 FOR TICKETS CALL OR VISIT :

Alain Trudel is one of the busiest and most sought after conductors on the Canadian scene.  He is also music director of Orchestra London Canada, l’Orchestre Symphonique de Laval as
well as the National Broadcast Orchestra, and is the Principal Guest Conductor of the Victoria Symphony Orchestra.  In July 2012, Maestro Trudel began a two-year appointment as Director of the Orchestral Ensembles at Western University. A frequent guest with the National Arts Centre Orchestra and the Toronto Symphony Orchestra, Trudel made his Opera de Montréal debut in 2009, conducting Mozart’s The Magic Flute, as well as the 30th anniversary gala, which was released as a live CD and nominated at L’ADISQ.
Highly committed to the new generation of musicians, Trudel is the conductor of the Toronto Symphony Youth Orchestra, and has been regularly invited to conduct the National Youth Orchestra of Canada. Their recording of Mahler’s 6th Symphony and Le sacre du printemps was nominated for a Juno Award.
Beyond the borders of Canada, Trudel has conducted orchestras in the UK, the USA, Japan, Hong-Kong and Latin America. Highly appreciated for his collaborative spirit, he has worked with many world famous artists, among them Ben Heppner, Anton Kuerti, and Isabel Bayrakdarian. Alain Trudel is the recipient of numerous Awards, among them the Virginia Parker and the Heinz Unger Prize for conducting. He has also been named an Ambassador of Canadian Music by the CMC.